Disagreement is no excuse for objectification

Over the weekend, millions assembled to commemorate the one-year anniversary of the Women’s March, first organized last year to protest the inauguration of President Trump.

· Pretends to champion all women but only welcomes women who support a progressive political agenda.

As IWF President Carrie Lukas explained in the Washington Examiner:

Organizers of the “Women's March” ignore these women, but the media shouldn't. Too often, the Left gets away with the suggestion that they speak for “women” as a whole, as if women are a monolith and are accurately represented by the New York City and Hollywood glitterati that headline these events.

That's insulting to women who are a diverse group, with wide-ranging opinions about policy and politics…Pretending that all women think alike or march under one political banner isn't progress; it's stereotyping.

This isn’t the only instance where the Left has politicized a movement and claimed to champion women and then done the exact opposite. In fact, many are dismissing or even belittling those who dare to disagree with them. On Sunday evening Kristen Bell kicked off the Screen Actors Guild Awards by taking a cheap shot at Melania Trump. 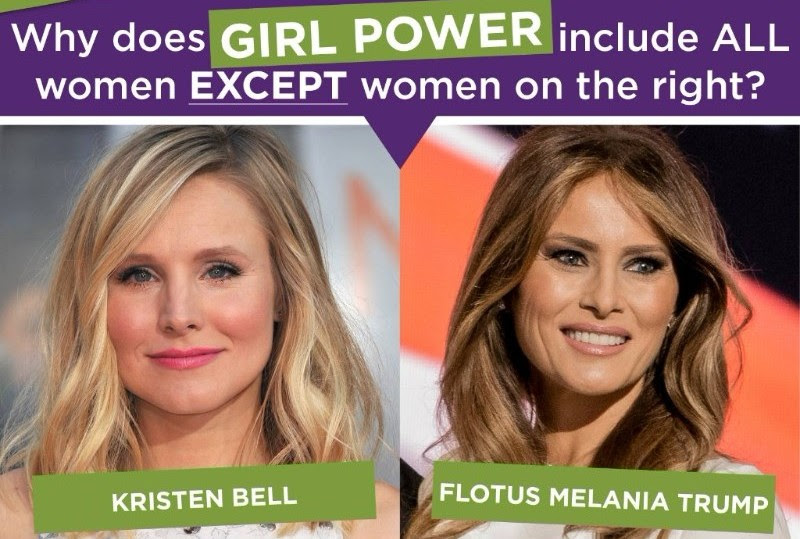 Disagreement is no excuse for objectification or disrespect. It’s time to champion ALL women.

Join us and make your voice heard! Click on the buttons above to share the video and graphic with your friends on social media.