The time to discuss family leave is now

Another item in the budget is family leave.  As my colleague Carrie Lukas writes in Forbes, conservatives need to be ready to debate this important issue:

This budget also shows that he also remains committed to doing something to ensure that more women and men have access to paid time off. He campaigned on this promise, and first daughter Ivanka has made it one of her signature issues. The initial budget documents that have been released so far reiterate the approach to paid leave that was outlined during the campaign, but with important clarifications, including that fathers and adoptive parents, as well as new mothers, would be eligible for this new benefit. ...

This should be the beginning of a rigorous discussion on the pros and cons of different approaches to helping workers who could use more support when they need time-off from work. Conservatives should be ready to explain the pitfalls and downsides of these proposals, but shouldn't shy away from having this discussion.

It's going to important that we're all involved in this conversation to make sure that any family leave plan that is enacted is one that works for families and for employers.

Please take a minute to share this important message by retweeting the image below: 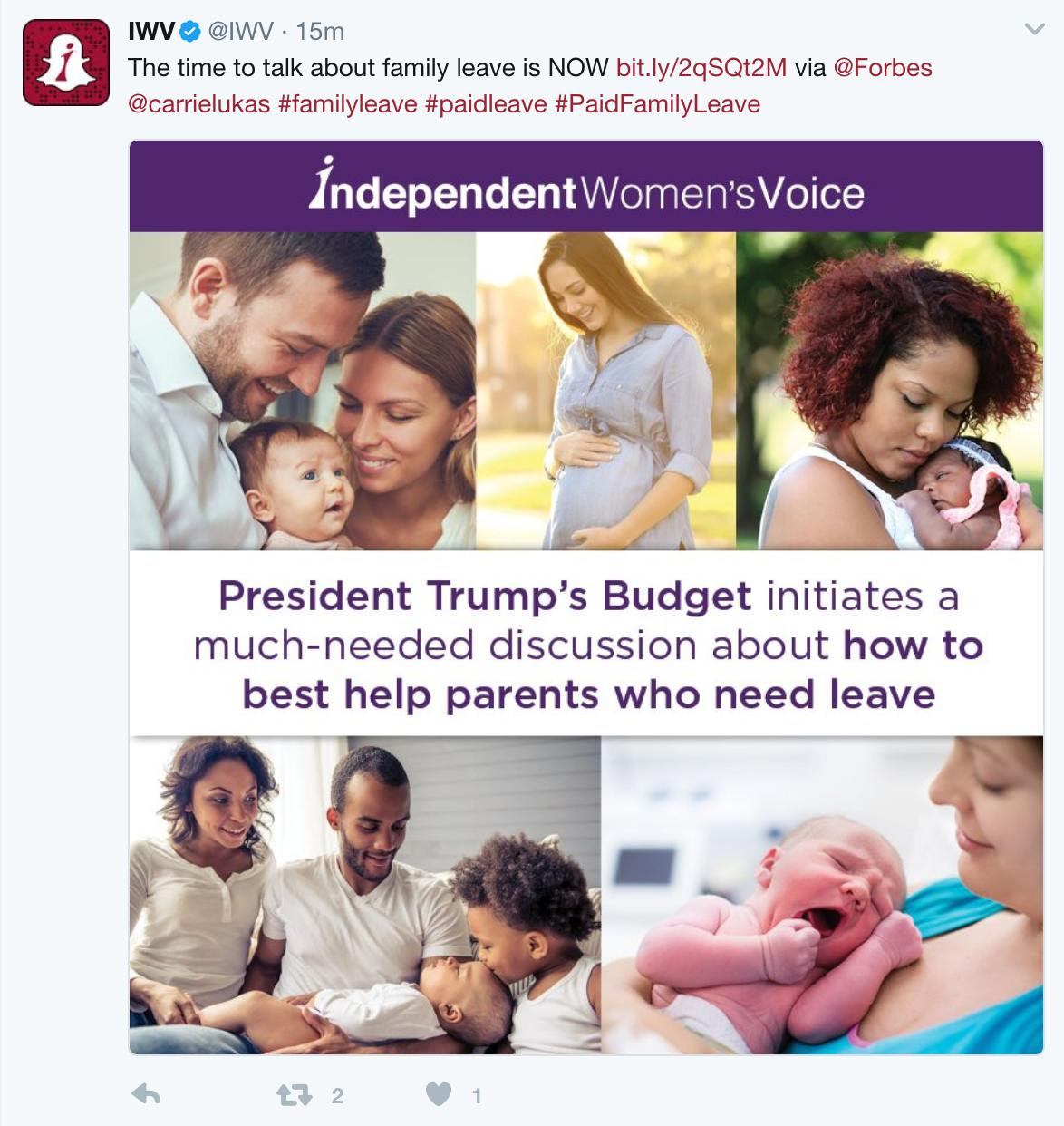