Brutal month ahead for the White House?

Why? Because they, along with Congress, will need to address a whole host of issues. Among them: the debt ceiling, the 2018 budget, tax reform, infrastructure spending, and ObamaCare.

But, instead of being brutal, September could be a momentous triumph. It's an opportunity to:

· Help patients get the health care they need

It is imperative that lawmakers make real progress when they return to Washington next month.

When it comes to health care, ending the Washington Exemption immediately is the surest way to force Congress' hand on repealing and replacing ObamaCare. Lawmakers and their staff will have to buy insurance on the exchanges the way the law requires. This move would align the interests of the ruling class with those of the voters, forcing Congress to act. 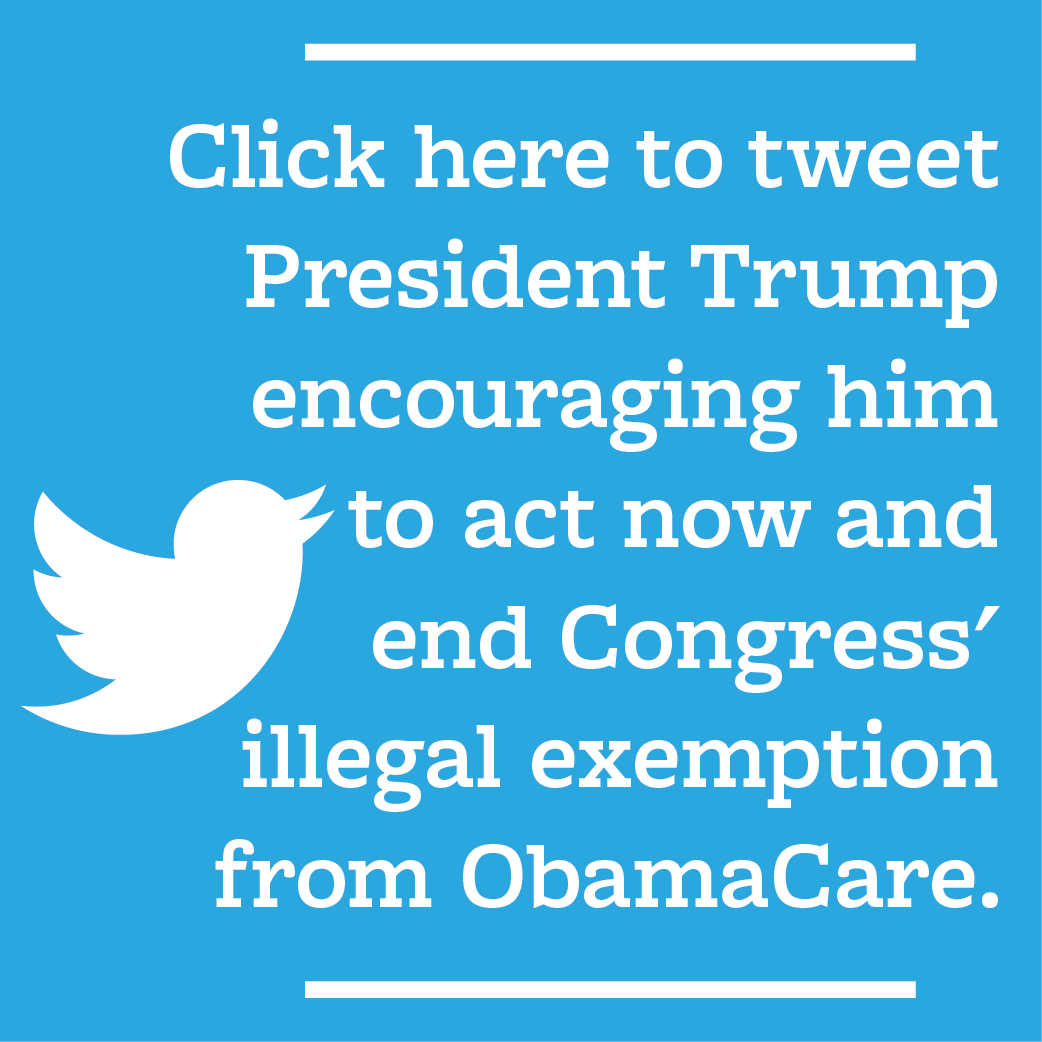